Harvey Matusow was a crucial witness in the McCarran Committee persecution of Owen Lattimore, reinforcing the tattered testimony of Louis Budenz.

Matusow’s dead, but in the long tail/netherworld of the Internet he apparently has value. Somehow his confessional False Witness finds a market, if you pay the author and publisher nothing.

Budenz’s claims of a seamless web between Lattimore’s writings and the Communist line had suffered from actual reading of what Lattimore wrote, and Â of what the Budenz edited Daily Worker said about Lattimore.

Matusow providentially appearedÂ to tie Lattimore to the Reds. Â After first inventing Communist subversion of the Boy Scouts, Matusow built from his experience running a Communist book store to claim he sold Lattimore’s Solution In Asia, and that it represented the party line.

Â  Â and many others as he climbed to the heights of the former party-member-tells-all business.

Matusow recanting has done nothing to deter right-wing cranks replicating his old lies.

Somehow this long lost witness lives on in the Internet, with the text of his tell-all “False Witness” available in a vast array of formats. You can buy a musty old copy for $3.97, Â andÂ free online reading and downloads are available at the Hathi Trust Digital LibraryÂ and archive.org. Â After that it gets more complicated. Two outfits sell text files of the book to read or download, and one will even print you a copy of the text, allowing you to simulate the Internet experience of no index and weird scanning generated typos:

“Â a feeling of guiltÃ¢â‚¬â€ of how or when could this ever stop. However, I soon got down to rock bottom, a 29 point which made it easy for me to justify my reporting on my former friends.”

Goodreads.com is the physicalÂ book seller, and also markets ads against online texts and any reader generated commentary, so start Â scribbling for the greater glory.

Onread.com is a bit murkier. Â They have malware spreading accusations in their past, although Norton and McAfee find them currently clean.

Others aren’t so sure:

“Russian terms of service. Protected by a Chinese domain that is registered from FranceBoth . “Book” downloads that come with an .exe extension that install and direct you to another website.Â I may be just a tiny bit jaded, but somehow I think this might not be entirely legitimate…“ 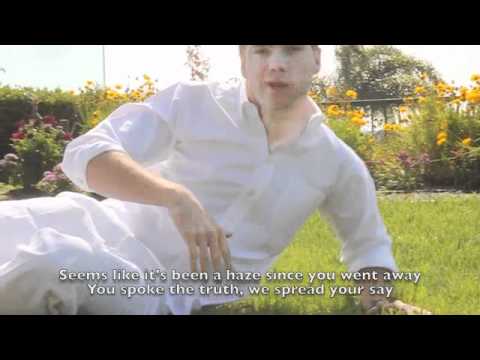 Some of today’s kids are so bored with Advanced Placement US History [APUSH] they’ve vowed to spread the ennui to those not yet victims.

Through time wasting video, of course.

Sprightly young “Sarah61” Â has gone YouTubular to explain McCarthyism to the kids, mobilizing the power of Rap to inform and enlighten.

Joining theÂ disturbing APUSH sub-genreÂ which haunts YouTube, our Sarah joins alliteration and droopy beats in the service of History!

Proving once more that the Rap must be retired before every white suburban youth shamesÂ a generation with lame rhymes and lamer posing.

Slate’s David Weigel surveyedÂ how wingnuts and their Politico enablers folded David Maraniss’s exciting Obama college girlfriend revelationsÂ into their rich fantasy life,Â finding “A frantic search for something else to be conspiracy-minded about.”

I say they’re missing the shadows in plain sight.

Maraniss tracked down Obama’s girlfriend of his New York years, Genivive Cook, who shared with him, and the nation, her contemporary notes on the affair. Â He mentions Cook’s stepfather Phillip Jessup, with a glancing mention of Jessup’s father, the Philip Jessup. Â That Jessup was a major Joseph McCarthy target, paired with Truman Secretary of State Dean Acheson and Owen Lattimore as Chiang Kai-shek’s banana peels, the “Pied Pipers of the Politburo“.

High on their own fumes heroes managed to link Bill Clinton with Lattimore by inventing connections and ignoring actual facts, and here is an Obama link with the boys who lost China!

Dreams Of Her [Step] Grandfather Â

Inspired by the current American tour of incipient Chinese leaderÂ Xi Jinping, the Â New York Times looks back to the start of the current era in US/China relations, Â Nixon and Kissinger’s 70s visits with Â Mao Zedong and Zhou Enlai.

Ji Chaozhu was there for most of these events, a lead translator for the Chinese side and later diplomat.

Ji was brought up in New York during the 40s, and his family’s doings in America figured in the Owen Lattimore story. Â Ji’s father edited a Chinese language newspaper in New York, and one McCarthy charge against Lattimore was defending the senior Ji against Communist allegations [He was, but that’s for another day].

Older brotherÂ Ji Chaoding was a Columbia economics PhD who worked for Chiang Kai Shek’s government in New York and Chungking in the forties, and joined China’s delegation to the founding conference of the World Bank/International Monetary Fund. Â One perjury charge growing out of Lattimore’s McCarran Committee testimony was about whether Lattimore knew or should have known JiÂ Chaoding was a Communist.

Ji was, and by several accounts headedÂ  the American Communist Party’s China Bureau which smuggled funds and supplies to China. While employed by Chiang Kai Shek.

Ji Chaozhu’s memoir isn’t exactly hard hitting, mostly being a chronicle of meetings and translation, sometimes for the Greats.

The best part is his discription of his father’s Â role in the film “30 Seconds Over Tokyo,” playing a kindly Chinese doctor patching up crash-landed veterans of the Doolittle Raid. Â The film was written by future Hollywood Ten-er Dalton Trumbo, and presents China’s anti-Japanese resistance as an incredibly bourgeois affair, with resistance leaders in suits and ties. Â Plucky resistance children bring tears and throat lumps to the downed fliers with a Chinese version of “The Star Spangled Banner.”

On the Other Hand, Questioning! Â

Not since I read newspaper copy saying “Adolf Hitler was Chancellor of Germany form 1933 to 1945” have I felt so old.

Wire magazine has a post up focused on this period, when Matusow became an avant garde music impresario in England.

They feature a “portal” [remember when they were all the rage!] of links to parts of Matusow’s lifeÂ in this era.

Radio interviews, bits of his unpublished autobiography, and a comic about the crowd he hung out with.

Ever cutting-edge, shed of it’s Boston shackles, The Atlantic responded to the death of Stalin’s daughter Svetlana Alliluyeva by going to the vaults, resurrecting a review by Arthur Schlesinger.

He was a fan, and using his historian glasses hunted up proof of Alliluyeva’s version of her mother’s death.

“There is independent testimony (AlexanderÂ Orlov, AlexanderÂ Barmine, Victor Serge, VictorÂ Kravchenko) that Nadya was appalled by the violence, repression, and famine which came in the wake of the forced collectivization of the countryside.Â “

Of the four, Barmine is the only one playing a roll in the Lattimore case, but lets look at these guys.

Orlov spent the years of collectivization, Alliluyeva’s death and Stalin’s murder of most of the party leadership working abroad for Soviet intelligenceÂ in Berlin, the US, Vienna, London, and Copenhagen. He ended as intelligence chief in Madrid during the Spanish Civil War, where while apparently brooding over Alliluyeva’s suicide four years previously turned grief into strength hunting down Spanish Trotskyists and shipping Spain’s gold reserves to Moscow. Â He didn’t break with the Soviets until 1938, and didn’t surface his tales of the Kremlin until the US anti-communist market appeared in the fifties.

Barmine claimed to have known Stalin’s brother-in-law, who filled him on all the dope. Who knows, but Barmine’s constant discovery of new memories was on display in his Lattimore testimony, where, years after writing his post-Soviet memoir and debriefing the FBI, he suddenly recalled a fancy Soviet intelligence boss as mentor, and Lattimoreâ€™s participation in a preposterous Soviet scheme to smuggle arms into China. Â To a province they already occupied.

Serge spent the late twenties and the thirties hounded as a dissident, in the Gulag and then in exile, and is fairly reliable on other matters. He claimed his information came from Kremlin gossipers he knew before his last imprisonment.

Kravchenko was a minor official who defected in the mid 40s while in New York for a wartime Soviet purchasing commission.

That these four told similar tales, years later and often with the benefit of each others books, tells us that they can read and write.

Schlesinger is the “Even The New Republic” of the Lattimore case, the liberal fig-leaf held up by a certain stratum of Lattimore-Was-Guilty-Of-Something-ists as showing that even one of their guys hated him.

In the chair is Harvey Matusow, a young ex-Communist looking to get big in the burgeoning field of Anti-Communism, and hoping Ohio’s laboratory of democracy will loose him upon the world as a made man:

“Q. In addition to the folk singing, did they also use square dancing?”

Was there no aspect of America’sÂ faux folk past safe from Communist marauders?

Fortunately yes, as the Committee’s Chief Counsel rushed to assure:

“You are not saying, and you are not testifying, or want to give the impression that there is anything subversive or un-American about folk singing or square dancing?

A. That is correct.”

The Committee is interested in Yellow Springs’ Antioch College, a Pink festering sore on Ohio’s ass since the days of the Abolitionists. Â

Harvey was gunning for the big leagues, and Red subversion of innocent youth was to be his ticket out of there. Â Shortly after this out of town production he came to Washington, started lying about Owen Lattimore, and left Ohio behind.

Matusow ran through a greatist hits of folk Commie Classics during his testimony, mangling lyrics as he went.

One of the better songs he namechecked:Â Banks Of Marble

A Re-enactment of Lattimore case highlights was staged back in May by the Historical Society of the District of Columbia Circuit, and their video is now up online.

Several veterans of the case participated, including former Judge Luther Youngdahl clerk Berl Bernhard and two lawyers with connections to Lattimore’s defenders at Arnold Fortas & Porter, Patricia Wald and Bud Vieth. Â The prosecution was played by Miguel Estrada, famously Â blocked by Democrats from a federal Appeals Court seat, who demonstrated the menacing skills they were so afraid of.

MomentUs attempts to review what we used to call “defining moments,” until the phrase came to be plugged into every profile of a pol whose “compelling personal story” isn’t.

You can quibble with some choices [The Birth of The National Parks? Really?] but our favorite, McCarthyism is represented.

In there is something labeled “Hollywood,” which let’s pretend is a winking reference to the endlessly replicated fable that McCarthy had anything to do with the Hollywood Ten.

“haunting glimpses of the HUAC trial hearings with the Hollywood Ten, led by Senator Joseph McCarthy“