Poor Ellen Schrecker takes the hit in this market place of ideas.

From the vaults of marvelouseessays.com we have a paper-mill write up of Joe McCarthy, and the quality is clear.

Why study this era?

“McCarthyism was a disgustful period in the United States where accusations of betrayal, subversion, or treachery were made against people with no sound evidence.”

“The aftermath of these activities were dehumanization that affected the all levels of the society and became a very great source of conflicts and nauseating debates in the U.S (Schrecker, 2002).”

What were the Reds up in this period?

“They are known for infiltrating into the political dynasties of most of the states in the world and planting their communist seed in them.”

No one was spared:

“The speeches from communists were regarded as friendly witnesses following the fact they disclosed a considerate number of people who were allegedly accused of holding views of the left-wing group (Schrecker, 2002). It is however believed that before the accusations were accepted, some kind of torture was inflicted to them. As a follow up, the nineteen named communists were arrested.”

Members of Congress were cowed as well:

“the nature of the panicky life they lived during this era diminished their audacity to play their role effectively. A hefty number of senators were afraid to talk against the man due to the fear that he might attack them and give false allegations against them as being communist (Schrecker, 2002).”

And American peasants were among McCarthyism’s victims:

“there were mainly very negative impacts on not only the prominent dignitaries and the working class, but also on the peasant non-working people and children.”

No word on kulaks.

Â  Â Despite the sales pitch reading like bad translation word salad, we’re assured thatÂ “You do not have to worry about grammar.”

And that touch of swank only a Brit can provide comes with a 5% markup.

Right From The StartÂ

It didn’t take, but fifty one years ago Republicans had a bit of fun with Jack Kennedy in office, when he started making noises about right-wing extremists.

Naturally they used Smilin’ Jack’s silky words against him.

Before he went on to become Joe Mccarthy’s bipartisan Senate pal, the youthful Representative John F. Kennedy was a pioneer in the theory that China was “lost” right here in the USA, and he pointed the finger at our man Owen Lattimore.

Chiang Kai-Shek wasn’t completely finished in early 1949, but things didn’t look good for the Generalissimo. Â And Kennedy offered an early version of what became [and remains] a popular right-wing trope, that China was “lost” due to undermining by Â pointy-headed liberals or worse back home.

” So concerned were our diplomats and their advisers, the Lattimores and the Fairbanks, with the imperfections of the diplomatic system in China after 20 years of war, and the tales of corruption in high places, that they lost sight of our tremendous stake in a non-Communist China.”

Note that the “corruption in high places” was only “tales.”

Nailing Kennedy was a bust. Â He and McCarthy had at least a consistent if crackpot theory. Â By the 60s Republicans were reduced to He-Did-It-Too-ism, saying Kennedy once calling out Commies in high places meant red hunting was forever in season.

Owen To Events Beyond His Control Â  Â  Â

Bitter-ender believers in Owen Lattimore’s guilt of….something have found solace in recent years on the interwebs, where a lively trade in half truths and recycled 50s bilge re-convict him on a daily basis. But now, the success of the right wing book trade lets the folks at home learn truths they’ve never forgotten without all that typing and clicking.

Serial offender Stan Evans is back on the market with a tome which rips the lid off that Joe Stalin fellow: apparently he wished ill of the United States! Evans’ latest adventure in these uncharted waters takes him to the best Lattimore Did It tale of all, in which Lattimore Â caused Pearl Harbor.

You read that right. Owen Lattimore caused America’s entry into World War Two with his trademark tool: Â the memo.

In 1941 Lattimore was advising Chiang Kai Shek, while the US tried to work out a deal with Japan. Â Lattimore told Washington Chiang thought the proposal would collapse Chinese resistance to Japan’s invasion. Â In this maximum crackpot history, such was the authority Chiang Kai Shek wielded in Washington that the State Department dropped negotiating with Japan, insuring its attack on Hawaii. Thanks a lot, Professor!

Why would the wily academic want Japan to turn their guns on America? In Evans imagination, to protect Joe Stalin from a Japanese Â attack on Â Siberia. Pretending this was a live option in 1941 requires ignoring 1939, when the Soviets had smashed Japanese forces at the Mongol boarder. And wishing we had dumped Chiang fifteen years early.

Not everybody thinks this is “a meticulous examination of primary sources” or the Â “disclosure of formerly secret records.”

Â “as has been their practice for decades, the authors equate presence at an eventâ€”e.g., Roosevelt, Stalin and Churchill at Yaltaâ€”with the covert wielding of tremendous influence…WhenÂ the authors stray from Soviet influence within the United States and shift the focus to the rise of communism in China around the same time, their speculation about the allegedly traitorous activity of named individuals feels even shakier.“

Â Evans makes his case the same way all the McCarthy Was Rightists Â do: a tease about new material, claims the Venona Papers proved something unspecified about Lattimore, and a rush into the familiar arms of the McCarran Committee, Â which concocted its Lattimore indictment from perjured and re-engineered testimony.

Owen Lattimore made a substantial portion of his income from public speaking, money which was decimated after McCarthy.

Â  Â In the Fall of 1950 New Hampshire’s Wentworth By The Sea Hotel canceled a scheduled Lattimore talk.

In 1949 he’d had more than a hundred speaking engagements. 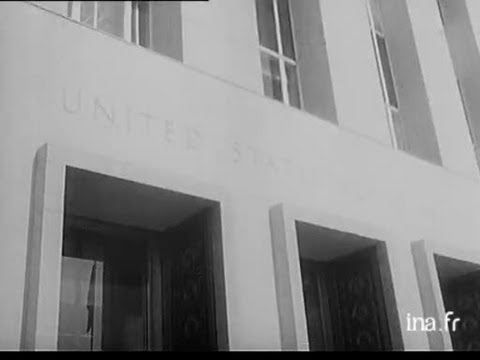 Serial legal fraudsterÂ Orly Taitz is shoehorningÂ Harvey Matusow into her failed crusade against Obama’s fitness to hold office. Â Matusow was a former Communist and a witness against Owen Lattimore who later recanted his testimony. Â He married a Mormon supporter of Senator Joseph McCarthy and joined the church, staying with it until his death in 2002.

Despite this Come To Jesus activity Taitz pretends to believe Matusow somehow remained with the Communists, and that he passed the gene to his alleged cousin, a Honolulu woman named Lynne Matusow. Lynne Matusow certified Obama’s candidacy as Hawaii Democratic Party Secretary, putting her at the center of Taitz’s rich fantasy life.

“We know how tightÂ Dunhams and Obamas are to all of this communist mafia.Â My gut feeling is that there were plenty of connections prior to Lynn Matusow agreeing toÂ taking a risk of going to prison for falsification of an attestation of the Presidential Candidate.”

Â  Â Â Taitz had nothing on Harvey before throwing out this savvy legal argument:

“My gut feeling is that Lynn Matusow is somehow connected to Harvey Matusow.Here is his bio in WIKI. He was a part of the Communist party of the USA and testified at the Committee for anti american activities. Considering how rare Matusow name is and the pedigree, I am 99.9% sure there is a connection.”

Perhaps her fevers got the better of her:

“”I am swamped. It is 4 am, it is the final push, final 2 months before the election to stop this criminal enterprise from destroying the nation. I need help in research and donations. I am the onlyÂ attorney who is bringing active cases and active hearings. I am fighting a criminal machine with billions or maybe Â trillions of dollars at their disposal.”
Â
Taitz’s attention to detail shows in her missing a vowel in Lynne Matusow’s name, and in a later document dump that shows no apparent connection between Lynne and Harvey Matusow. 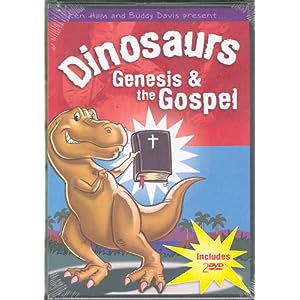 Anti-evolutionists are feeling pretty good about themselves, so confident they’ve got the godless on the run thatÂ their analogy generation skills are shot.

From the crypto-creationist Discovery Institute’s evolutionnews.org Â [clever name to propagandize the unwary evolution-curious!] comes a metaphor for the ages: “Creation scientists” are Mao Tse Tung, and Beijing is theirs!

“After 1949 when China went Communist, American anti-Communists in their anguish turned on fellow Americans, seeking to pin the blameÂ somewhereÂ and prompting the famous “Who Lost China?” debate. Evolutionists lately have been following this same path, bewailing the public’s continued discontent with Darwinism and support for academic-freedom legislation, and looking for someone to blame, even if that someone is on the Darwinists’ own side.”

Â Proof for this headscratcher comes of course from The Atlantic, where Robert Wright knows who to blame: pushyÂ atheists!
In simpler times only Wright recalls, godless and god-smacked respected one another, we all liked Ike, and god apparently wasn’t shoved into the Pledge of Allegiance or onto our coins.
Then, trouble.
“A few years ago, such biologists as Richard Dawkins and PZ Myers started violating the nonaggression pact.”
Other than dates and such, right on the money!
Â Dawkins’ god squad warnings appeared in 2006, seven years after the Discovery Institute’s “The Wedge” appeared, laying out their strategy for stealth creationism, itself a cleaned up version of the god-struck’s historic strategy.
When called on facts and chronology Wright doubled down on absolving creationists and climate denialists:

Lets certify that Communisim was feared, but McCarthy was looking for means of doing in domestic enemies. Â The fall of Beijing was to cause the fall of Washington.

“Kristol did what few other liberal commentators did; he read and learned from the McCarran Committeeâ€™s report on the Institute for Pacific Relations.”
Its unclear if Radosh read the report, which is a mishmash of testimony excerpts and theories often proving the opposite of what it claims.* Â Radosh even boasts about Â Kristol’s outing Lattimore as an opponent of Japanese imperialism in China:
“Kristol argued that in 1935 and 1936, Lattimore had favored a tough American policy towards Japan, at a time when the Communists “were insisting that the United States intervene to prevent Japan from gobbling up China.” Lattimore, in other words, had confirmed exactly how his own positions dovetailed with those of the Soviet Union.”
…without pausing to consider the Soviet’s then ally, or the consequences of Â backing Japan: Chiang Kai-Shek’s demise fifteen years early.

*After detailing an instance where Lattimore did the opposite of what a communist had asked him to do in editing, the Committee said he was still a bad person, and never mind:Â “From the communist point of view, a given book or article may be to their interest, even designedly to their interest, though in quantity 95 percent of it is neutral or non communist” [page 95]

So no defense then!